By Laurence23 February 2022No Comments 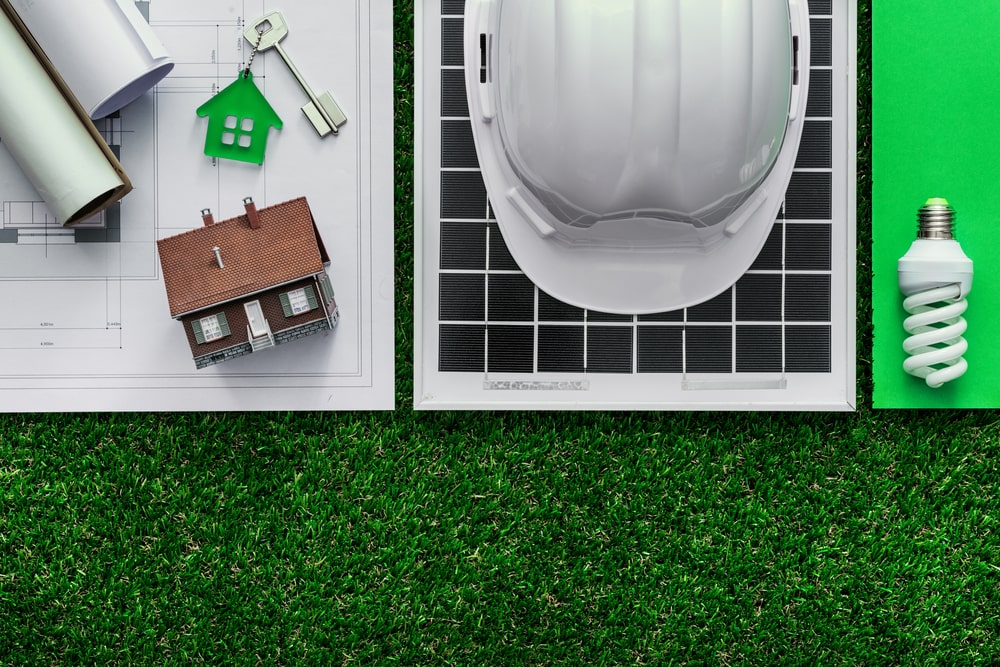 Following the UK hosting the 2021 United Nations Climate Change Conference (COP26), net zero carbon emissions have been a key focus. It’s clear there must be a seismic shift in efforts to mitigate the effects of climate change. With energy consumption from buildings contributing to approximately 30% of the UK’s total emissions, the pressure on the engineering and construction sector to design, create and build greener, cleaner buildings has never been greater.

Scott Wilson, head of sustainability at Black and White Engineering takes a look at how design can influence net zero construction.

Currently, the construction industry is using thermal modelling in line with Part L Building Regulations to assess the energy efficiency of a building. Under this approach, a building is considered to be net zero carbon where the net emissions arising from the energy consumed by fixed building services is less than or equal to zero. This is done by either meeting all site demands through renewable energy or generating enough renewable energy on or near site to offset the emissions from fixed building services.

This scope is limited as commercial buildings, such as offices, have significant small power loads that can be more than 50% of a building’s energy demand. Furthermore, renewable energy generation and the building’s energy demand may not coincide, resulting in times when the building must still require a conventional means of obtaining energy such as through the national grid or fossil fuels. Part L is a design issue only and no follow up is required to ensure that the building is performing as predicted.

While this methodology serves to reduce carbon emissions, the scope of end uses covered is too narrow and it’s not an accurate prediction of a building’s energy consumption in use. The UK Green Building Council (UKGBC) methodology looks to remedy this by including all end uses within a building.

Furthermore, there is nothing within the building regulations to drive down embodied carbon. The embodied carbon can often be larger than a building’s emissions associated with operational energy and this is often not considered unless driven by local planning authorities.

By considering the embodied carbon, significant reductions in carbon emissions can be realised by choice of materials such as using a timber frame in place of a steel frame. By undertaking a detailed life cycle assessment early in the design, efforts can be focused on the elements with the highest embodied carbon, such as the superstructure.

When predicting any building’s energy demand, very detailed energy modelling is required. All plant performance parameters are to be entered such as part load efficiencies to show how the building will operate under different conditions. Stress test modelling must be included to take into account the unpredictable nature of building occupants, since the way the occupants use the building can have a significant effect on energy consumption. Once a energy model is built and a baseline has been determined this can be used to decide the best strategy for the building.

Embodied carbon is assessed using a whole life cycle carbon assessment. Every material used in the building must be quantified and its associated carbon emissions determined. Where available, an environmental product declaration (EPD) for the product is used to determine its CO2 emissions per tonne or volume. If an EPD is not available, a software data base value can be used but this is considered to be less accurate.

The methodology required to predict operational energy modelling is not typically used in the UK or in the industry as a whole which means workforces will need to upskill to use the more detailed plugins required to run these models.

When designing a building, teams will need to think holistically and understand that there are trade-offs to be had between reducing operational energy and embodied carbon. For example, specification of triple glazing may reduce the building’s heating demand but it will significantly increase the embodied carbon and may not be the best option.

A major obstacle to completing accurate life cycle assessments is the lack of manufacturers with Environmental Product declarations (EPDs). Many manufacturers do not currently have accredited EPDs and so the embodied carbon cannot be determined. In these instances default database values must be used but these can be very different from the performance of the actual products specified.

As the industry catches up, those manufacturers that have accredited EPDs are more likely to be specified, giving them a competitive advantage.

Article submitted by Scott Wilson, head of sustainability at Black and White Engineering