By Laurence13 July 2021No Comments 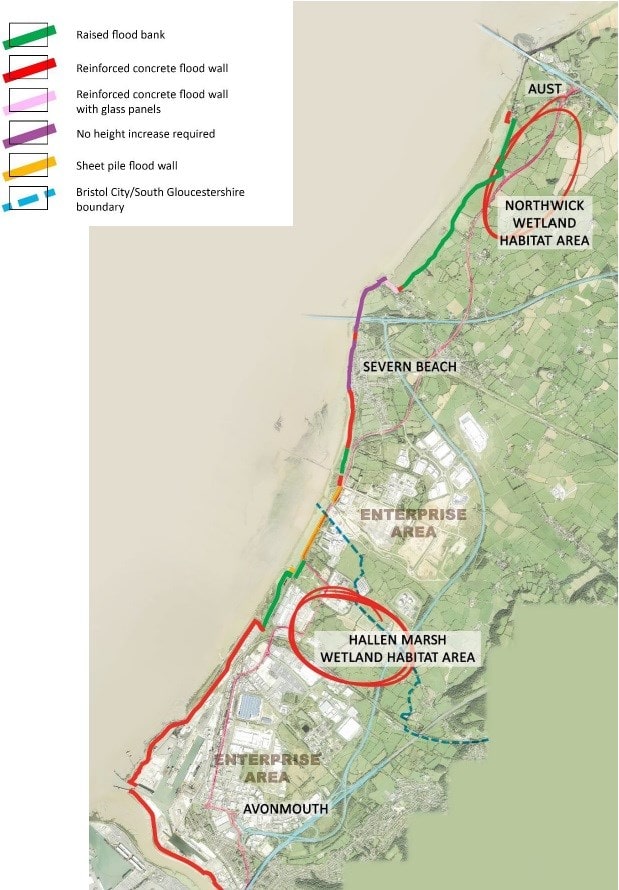 The first part of the precast flood defence walls for the Avonmouth and Severnside Enterprise Area (ASEA) Ecological Mitigation and Flood Defence project is now operational, with progress being made on a second stretch.

Approximately one kilometre of concrete flood defence units has been placed to the north and south of Severn Beach in South Gloucestershire. The sections each consist of 428 units, all of which were precast offsite, meaning they were out in quickly and there was minimum disruption for nearby homes and businesses.

The largest flood defence project in the region, this £80 million project will provide 17km of improved flood defences when it is completed in 2026/2027, from Lamplighters Marsh in the South to Aust in the North. The defences will supplement existing flood barriers and help protect the area from the increased risk of flooding from climate change and rising sea levels. This will reduce flood risk to around about 2,500 homes and businesses. It will also create a minimum of 80 hectares of new wetland habitats for the internationally important Severn Estuary’s bird species.

The project will boost the regional and national economy by enabling development within the 1,800-hectare Avonmouth and Severnside Enterprise Area, helping to unlock 12,000 new jobs by 2026.

So far, other achievements for the project, which started work on site last summer, include:

This project is a partnership between South Gloucestershire Council, Bristol City Council, and the Environment Agency, with the contractor being BMMJV.