By Laurence7 October 2021No Comments 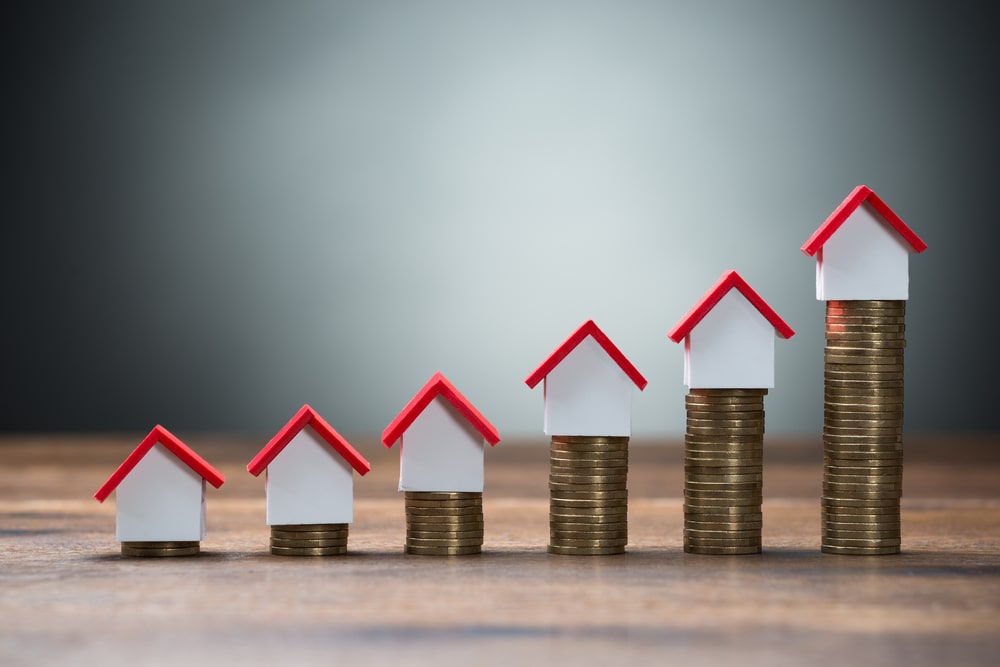 The average price of a house in the UK rose to a record £267,587 in September 2021. Alongside this, annual house price inflation increased from 7.2% to 7.4%, with Wales and Scotland continuing to outperform the UK average.

Wales has continued to record the strongest house price inflation of any UK region or nation. It saw an annual growth of 1.5% in September 2021, with an average house price of £194,286. In Scotland, a growth of 8.3%, with the region also outperforming the UK national average and average house prices are now £188,525. It should be noted that in both nations the equivalent stamp duty holidays came to an end at an earlier date.

Greater London remained the outlier once again, with annual growth of just 1% and an average house price of £510,515. It was again the only region to record a fall in house prices over the latest rolling three-month period at -0.1%.

Russell Galley, Managing Director, Halifax, said: “UK house prices rose by 1.7% in September, adding more than £4,400 to the value of the average property. This rate of monthly growth was the strongest since February 2007, pushing year-on-year house price inflation up to 7.4%. This also reversed the recent three-month downward trend in annual growth, which had peaked at an annual rate of 9.6% in May. The price of an average house is now as expensive as it has ever been, standing at just over £267,500.

“While the end of the stamp duty holiday in England – and a desire amongst homebuyers to close deals at speed – may have played some part in these figures, it’s important to remember that most mortgages agreed in September would not have completed before the tax break expired. This shows that multiple factors have played a significant role in house price developments during the pandemic.

“The ‘race for space’ as people changed their preferences and lifestyle choices undoubtedly had a major impact. Looking at price changes over the past year, prices for flats are up just 6.1%, compared to 8.9% for semi-detached properties and 8.8% for detached. This translates into cash increases for detached properties of nearly £41,000 compared to just £6,640 for flats.

“Against a backdrop of rising pressures on the cost of living and impending increases in taxes, demand might be expected to soften in the months ahead, with some industry measures already indicating lower levels of buyer activity. Nevertheless, low borrowing costs and improving labour market prospects for those already in employment are likely to continue to provide support.

“Perhaps the biggest factor in determining the future of house prices remains the limited supply of available properties. With estate agents reporting a further reduction in the number of houses for sale, this is likely to underpin average prices – though not the recent rate of price growth – into next year.”

“It’s clear one key driver of the price growth continues to be hunger for houses as buyers demand more space as firms have moved to maintain flexible working between the office and home. This is why house price growth exceeds flat price growth by 8.9% to 6.1%. Yet also the lack of supply is also a key driver here behind the price growth, with many buyers bringing completions early to take advantage of the stamp duty discount which has now expired. It’s likely that supply will continue to be short in the very near term and this may likely keep house prices elevated in the months ahead. The medium term picture remains much more uncertain however as its likely prospective buyers may start to be priced out due to looming interest rate rises and inflationary pressures.”

Commenting on the strongest month on month rise in property prices since 2007 according to Halifax, Tom Brown, Managing Director of Real Estate at Ingenious, said: “Positive economic data, increased job security and employment with wages on the up following the exiting of the successful national furlough scheme have underpinned residential property markets which continue to perform well. However, the market is complicated when we look behind the headline numbers. While many segments continue to grow, city centre flats, for example, don’t always paint the same overall picture of demand which has reduced as people search further afield for more outside space, homes with gardens, practical workspaces and quality infrastructure. When analysing residential markets, it is key that we take a close look at the subsectors and the regions in which they are located. It can be misleading to look too broadly and at Ingenious, we remain committed to providing flexible, cost-effective financing solutions for our clients by sourcing residential opportunities from across the UK based solely on individual merit.”

Commenting on the Halifax House Price Index, Jan Crosby, UK head of Infrastructure, Building and Construction at KPMG said: “The demand for housing continues to outstrip supply, which is underpinning house prices leading to another sharp rise this month. This is due to a combination of houses selling very quickly and the global supply chain issues with building supplies, which have existed for some time, now being exacerbated by lorry driver shortages.

“Developers can’t build quickly enough to sell into the strong market – particularly for family housing with outdoor space. There are some tentative signs that sourcing building materials is becoming more straightforward but lead times can still be very long. Labour availability and wage inflation is now also on the sector’s radar.

“Not only is more housing needed to meet demand, but the focus should be on delivering sustainable, affordable housing.”

Commenting on the latest Halifax House Price Index, Stuart Law, CEO of the Assetz Group, said: “With the stamp duty holiday officially behind us, the market seems to have paused for a moment to catch its breath. However, we don’t expect this to last long and believe house price growth will continue to gain momentum as we move into the new year.

“The pandemic has created long-term structural changes to consumer demand and with hybrid working seemingly here to stay for a large part of the working population, the desire for larger homes in more rural areas will persist. We believe this will be the key factor driving house price growth over the months to come.

“While of course sustained market appetite following the stamp duty holiday is positive, uncontrolled house price growth is not and we are now faced with the challenge of meeting demand to control prices. Although the UK’s housing shortage is nothing new, the surge in interest in such a specific type of home creates additional pressures for the market.

“This is where we believe SME housebuilders creating innovative, factory-built homes can play a key role going forward. The construction time for such homes is far lower than traditional methods, they usually have very high energy efficiency ratings and offer greater productivity benefits versus dozens of tradespeople working on the construction of a house over many weeks on site. Smaller infill sites built by SME housebuilders also make better use of existing infrastructure, rather than creating new facilities or building on open countryside.

“These businesses will need far greater external support to enable them to scale at speed and meet the nation’s changing housing needs, in addition to the supply provided by national housebuilders. Streamlined planning processes and increased access to alternative funding, such as that provided by Assetz, would massively help the industry overcome the limited support provided by high street banks and play a key role in the development of the UK’s future housing stock.”