By Laurence1 October 2021No Comments 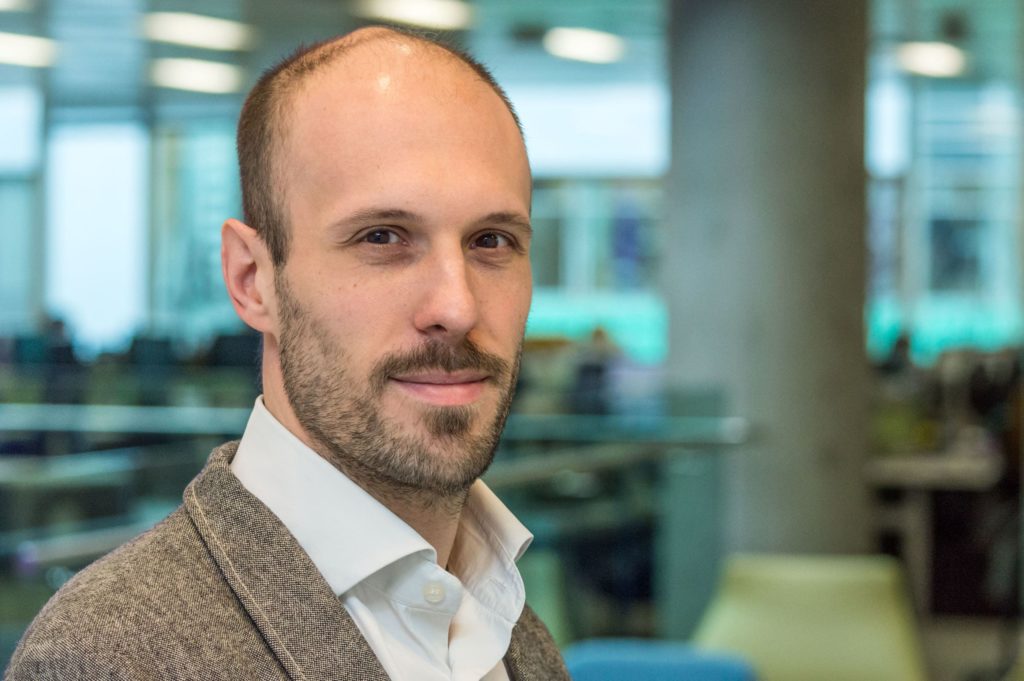 Francesco Ferrari is an associate structural engineer working in Arup’s Buildings London Team. Through his project work, Francesco has developed a deep understanding of the engineering challenges of city regeneration, ensuring community needs are met while addressing climate change and sustainability.

In my years of working in the built environment, I have seen cities boost their reputation by becoming masters of reinvention, with London, in particular, leading the way. However, the issue remains that proposed building plans can all too often be viewed as pie-in-the-sky pipedreams, with any benefits far off over the horizon. Fortunately, there is a growing appreciation for a new approach – one that embraces and encourages creativity in the regeneration process itself, providing spaces for communities while the project is being developed.

A recent example of this in action is Ebury Bridge Estate, which has been identified by Westminster City Council as in urgent need of better residences and external environments. Located just south of London Victoria, there will eventually be a complete renewal of existing housing blocks as well as the creation of 781 new homes on the premises on Ebury Bridge Road. However, the authority was keen to give the local community an immediate, tangible experience of regeneration. As such, the Council worked with Arup’s multidisciplinary team led by myself and Jan Kattein Architects to establish a transitory “meanwhile” project, Ebury Edge.

Placing community at its heart

While the renewal of the estate will progress over the course of several years, Ebury Edge is a temporary space for five years or so. The community building at the heart of Westminster provides affordable workspace and retail units, a cafe, community hall and public courtyard.

In the planning stage of Ebury Edge, community engagement was maximised to ensure the project’s suitability for a range of purposes. The Council consulted extensively with residents to gather ideas and thoughts on how the space could work to drive the design. Furthermore, local businesses and entrepreneurs were encouraged to join the new pop-up space.

Circularity from the ground up

Key to the project’s success is carefully balancing flexibility with the need to be structurally fit for purpose and safe – despite the project being a temporary installation, securing solid foundations remains vital. The project currently consists of two buildings: a two-storey building with the timber frame workspace and retail at ground floor and a single-storey block containing the cafe and community hall. This opens internally to an asymmetric pitched roof, which uses prefabricated timber trusses to create a grand space. The buildings are linked via a scaffold frame, which will also encourage green growth.

Arup overcame several challenges in the building process, including the presence of legacy obstructions in the ground, coupled with a limited budget. These factors meant our best option was to establish shallow foundations formed in mass concrete. They were chosen for their simplicity in the scheme – both now and for the future main scheme multistorey buildings where the concrete could be crashed to be reused for the piling mat.

Another challenge was that as the area used to be marshland, settlements could occur with time. To accommodate this potential movement, the steel ground frames sit on removeable packers which will allow level adjustment by jacking up and adding packers as necessary. This solution avoids the need for piled foundations enabling significant savings in terms of cost, construction programme and mostly embodied carbon.

Flexibility for the future

The prefabricated and demountable workspace’s superstructure consists of timber floors, roof cassettes and stud walls. The ground floor timber cassettes create a naturally ventilated cavity beneath the slab to deal with potential ground contamination. As the ground floor features large retail glazing, four steel portal frames have been carefully inserted to provide stability in the cross direction of the first and last of the seven double storey units, which are all tied together.

Through this design, Ebury Edge considers and reflects flexible future reconfiguration, including the option for units to be relocated individually. For example, in each of the central workspace double storey units, it will be possible to retrofit a steel or glulam portal frame. This will provide future flexibility and has reduced upfront embodied carbon, as only four steel portals are currently installed instead of fourteen.

The open plan design means the community spaces can host a variety of uses. This flexibility comes from the relatively large span timber trusses, which form the community building’s roof, bearing on to timber stud walls. Through this design, the café and community hall split by the bathroom and utilities central block are column-free open spaces, which can be adapted to future needs.

Sustainable practice not only comes from effective and efficient construction processes and less carbon-intensive materials, but also in the design of how buildings will be used and managed. This will ensure the sustainable reuse of the site and its materials.

Using natural resources in the construction and projected management of the buildings is integral to this. Timber is a predominant feature throughout the building. A detailed review of the fire strategy with Building Control and the Fire Brigade enables the omittance of a sprinkler system and minimises the areas requiring fire compartmentation treatment, which reduce the number of protective measures and materials.

All the buildings are fully electric, with heating and cooling achieved via the use of wall mounted VRF systems with the ventilation strategy accommodating the opening of windows for natural ventilation. Rainwater attenuation is also an in-design inclusion factored into the buildings’ future use where it will be reused in the main redevelopment once the “meanwhile” structures are removed.

It is important to note that being a “meanwhile” project does not have to mean a limit on expectations. Ebury Edge needed to be established on simplicity, efficiency and value for money. As such, the design was developed from concept to tender in just two months. To deliver this, the Arup team ensured that a holistic approach was established which also factored in a flexible future with sustainable use for years to come.

As demonstrated by Ebury Edge, by establishing “meanwhile” projects which are developed in conjunction with the long-term project and in consultation with the communities they will serve, the industry can provide more immediate improvements and create an inclusive platform to engage with the ultimate users. The key is to have design driven by future flexibility and sustainability via circularity thinking, successfully bridging the gap between now and then.