By Laurence27 October 2021No Comments 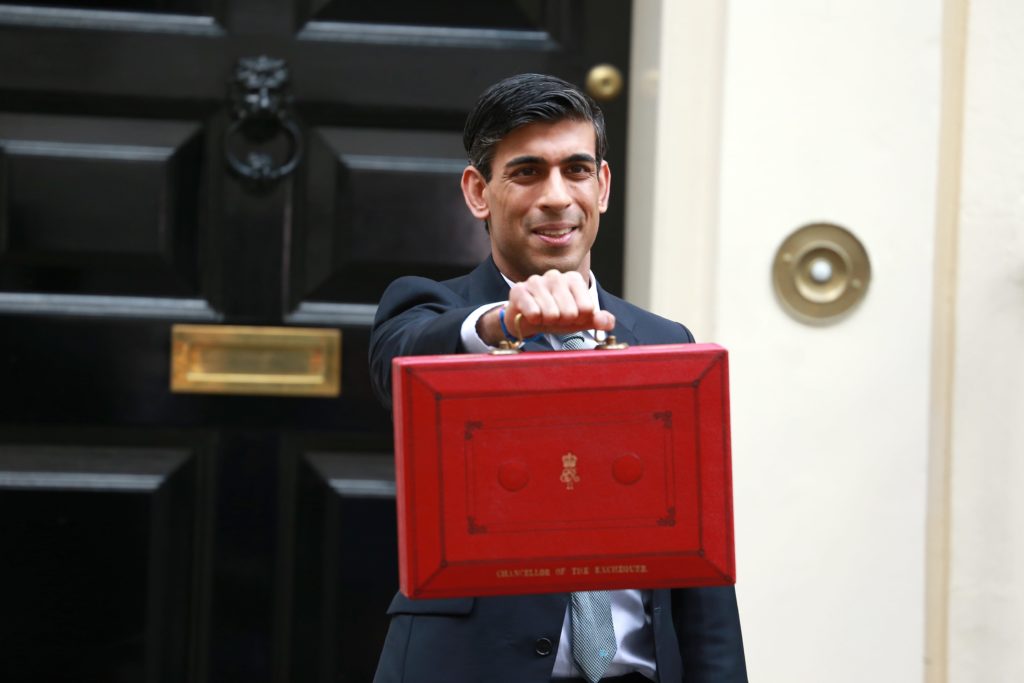 On Wednesday, 27th October 2021, Rishi Sunak delivered his fourth budget as Chancellor of the Exchequer.

Still working within the constraints of COVID-19, the key theme of the Chancellor’s speech was levelling up the United Kingdom as the nation comes out from the pandemic.

Levelling up was a major topic of Mr Sunak’s Budget speech, where he announced £2.6 billion for the UK Shared Prosperity Fund, which focuses on getting people into jobs throughout the UK.  There was also £205 million in new funding to help build and transform up to 8,000 state-of-the-art football pitches for communities.

Along with this, funding was announced to turn more than 100 areas of derelict land into new pocket parks.

The Chancellor also announced the first round of the UK-wide Levelling Up Funding, with £1.7 billion going into local investment in local areas. This means that the funds will range from the redevelopment of Inverness Castle to the upgrading of the ferry to the Isles of Scilly.

Looking at the devolved nations of the United Kingdom, Scotland is set to receive £170 million in funds, £120 million is going to Wales and Northern Ireland will receive £50 million.

Between 2020 and 2025, £2.6 billion is set to be invested into a new, long term pipeline which will see 50 local roads being upgraded in England, and £5 billion invested into local road maintenance, which the Chancellor said was enough to “fill one million potholes per year”.

Taking a look into transport, Rishi Sunak announced £5.7 billion into English city regions over five years, which will help transform local transport networks via London-style integrate settlements. The areas are:

Along with this, Mr Sunak announced a £3 billion investment over this Parliament to help level up bus services in England, with £1.2 billion of a new, dedicated London-stye bus transformation deal to help improve infrastructure, fares and services.

Mr Sunak also announced the investment of £11.5 billion in the shape of the Affordable Homes Programme in England from 2021-2026, this will help build up to 180,000 new affordable homes, with 65% of the funding going to homes out with London.

There was also an announcement of £1.8 billion in funding to unlock 1,500 of brownfield land, this will help with the unlocking of new housing, and infrastructure for local communities. Recover from the pandemic, including surgeries and other medical procedures.

The NHS is also set to benefit from funding, with an announcement of £1.5 billion in the next three years for new surgical hubs, increased bed capacity and equipment to help elective services.

Todays Budget also confirmed new funding for zero emissions buses, with an allocation of £70 million for Zero Emission Bus funding to help and deliver buses, as well as the related infrastructure in Warrington, Leicester, Milton Keynes, Kent, Cambridgeshire and Peterborough.

There is also going to be investment into the Transport Decarbonisation Plan, which will receive £6.1 billion to help boost the number of zero emissions vehicles, help to develop greener plans and ships, as well as encouraging more trips by bus, bicycle and foot.

Donald Morrison, SVP People & Places Solutions Europe and Digital Strategies at Jacobs said: “Today’s spending commitment to improve regional transport networks and roads is a significant opportunity to create new sustainable infrastructure. Globally, cities account for 60% of global carbon emissions and 78% of energy use, but the UK can now set an example of the alternative. If we use data to plan how this funding is used, we will design transport systems that encourage individuals to take public transport, use electric vehicles, walk and cycle more. Being ambitious in how we use this funding, we can create healthier places to live as well as contributing to the global reduction in emissions.”

“It’s £21bn spending on the UK’s roads and £46bn on railways will help to level the playing field with the Capital, speeding up journey times between cities and supporting the economy by creating much-needed jobs. However, in order to optimise outcomes for these ambitious projects and ensure that taxpayers’ money is put to best use, it’s vital that effective risk management from the early stages of initiatives remains at the top of the agenda.”

Rebecca Wilkinson, tax partner at accountancy firm, Menzies LLP, said: “These funding announcements are good news for the property and construction sector as they will ensure the continuation of major construction projects. Sadly, there was no mention of any kind of visa changes to aid construction companies with finding much needed labour to combat shortages.”

New business rates reliefs were also announced. Rebecca said: “This is great for the property sector as it helps maintain confidence in the high street and should encourage continued investment in towns.”

The Chancellor’s Budget once again focused on the recovery from the pandemic, along with a focus on the UK leaving the European Union, and showcasing the country as a strong, independent state. Once again, ‘Levelling Up’ was a key theme, showing that there is still light at the end of the long tunnel of a nation who have been stuck in a pandemic for mor than 18 months.